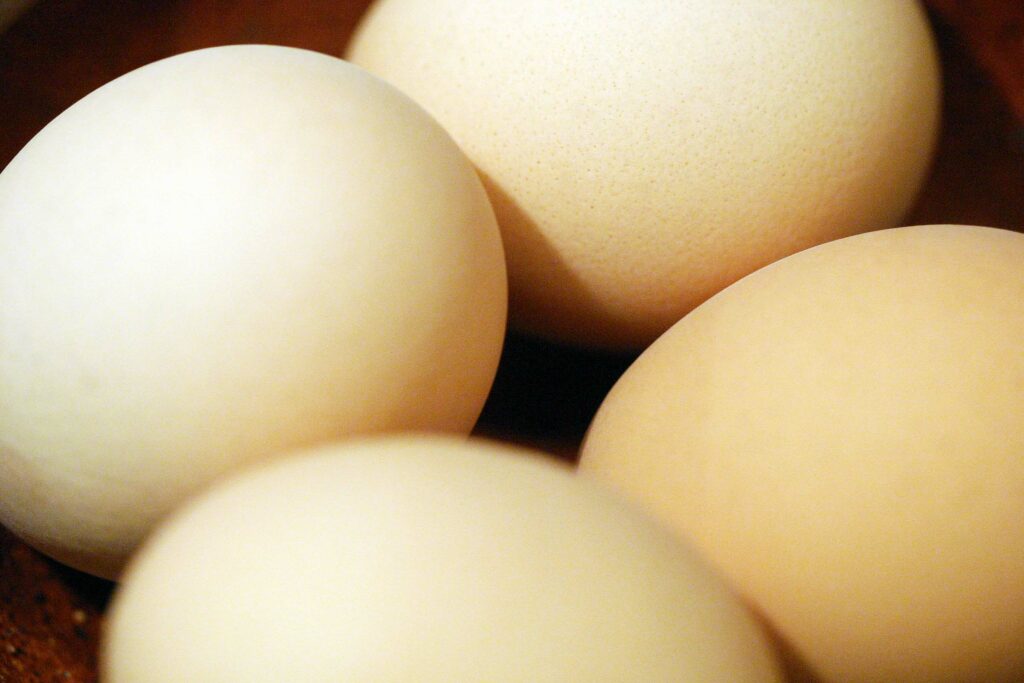 Flash back to 2007 and you start seeing lots of eggs topping salads, pizzas and showing up poached on polenta. Take a snapshot of 2010 and you’ll see a renaissance of classic Caesar salads, topped with eggs and eggs mixed into an array of vegetable dishes and appearing in many a carnivore’s delights. Since then, the egg trend has done anything but let up! We’ve seen them over easy or “perfectly fried” atop burgers, slid into soups (even the non-Asian kind).  Indeed, they’ve been everywhere, cooked every which way. I’m just waiting to see one in my martini, or has that already been done?

Then, we have the perfectly cooked egg done sous vide courtesy of the legendary Hervé This. The “This Method” is to cook an egg in a water bath of approximately 65 degrees Celsius, or 149 Fahrenheit. At such a temperature the white coagulates but not the yolk. Since then, chefs all over the world have toyed with the method, tweaking it here and there for their own “perfect egg.” Renowned Chef David Chang of Momofuku Noodle Bar in New York City adopts a similar technique to preparing an egg that’s “like a perfect poached egg, a little more viscous, a little runnier.” The texture and runniness of the final product work well with the chef’s ramen and dishes like asparagus with miso butter.

The Deviled Egg Revival is another noteworthy food trend. After all, how many of us could have imagined that these high-fat, caloric and um, some would say, not so sociable of pseudo appetizers would become the darling of food scenes in New York, D.C. and L.A? At Lincoln in downtown D.C. deviled eggs appear in not one, not two but three different treatments: Traditional, Bacon, Steak Tartare and Truffle Mushroom. Added to some homemade soda crackers and you’ve got converts galore!

So what’s just around the bend with our never-ending egg trend?

According to Bon Appetit magazine, Duck eggs! That’s right, chefs are going for the bigger, more acrid tasting eggs in lieu of the common hen’s egg varieties. For fans of duck eggs, it’s a no-brainer. But converting the masses may, I think, be harder than some would assume. The flavor profile is quite different and it takes a real expert to know how to pair ducks eggs to make them as scrumptious as a plate of perfectly scrambled hen’s eggs with shavings of black truffle (like Ludo Lefebvre’s).

I’m hoping the egg trend will lead us back to great chorizo and eggs and patatas bravas with eggs or the oh so delish Nopalitos con Huevos (cactus and eggs). Homemade aioli with high-quality olive oil and eggs would be nice too, as would a whole slew of various custards, formulated in new and interesting ways, maybe some using only the egg yolks, others the whole egg. Is a pure egg yolk custard topped with fluffy meringue some kind of egg white foam possible?

I don’t know. Guess I’ll be going for my whisk.