Blog   »   The True Story Behind The Soup Nazi 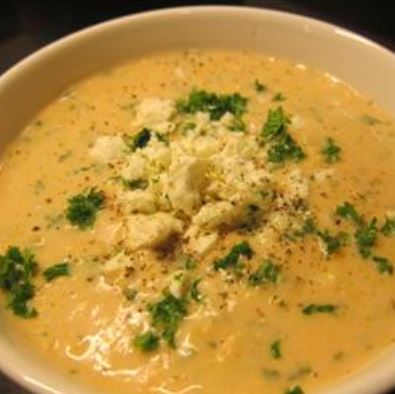 Seinfeld, one of the most iconic television sitcoms of all time, ran for 9 seasons. It started on July 5th 1989 and ran until May 14th 1998. The show is responsible for propagating numerous colloquial saying and idioms. Still in syndication today, the show has left an indelible mark on American, as well as global, culture.

The show was not the overnight success many of us might presume it to have been. Originally conceived as a one-hour special, then made into a 30-minute comedy sitcom, the project was shelved at least twice. Eventually, Brandon Tartikoff, an NBC exec who believed in the show, gave up some of his prime time special budget to produce a mini four episode first season. From there, Seinfeld started building a small but staunchly dedicated following, ravenous for the offbeat, minutia-centered comedy.

One of the key elements to Seinfeld’s success was that Seinfeld and David hired writers from unconventional places. Newspaper columnists, cartoon writers, and stand up comedians, all largely New York natives, were all brought into the fold. “The Soup Nazi,” is based upon Ali “Al” Yeganeh who owned Soup Kitchen International, originally located on West 55th in Midtown Manhattan. Seinfeld, Spike Feresten, Larry Charles, Max Pross, Tom Gammil, and various other crew members frequented Yeganeh’s Soup Kitchen International. it wasn’t long before Jerry Seinfeld and a few of the writers started joking around about Yeganeh’s lack of interpersonal grace. From there, the character “The Soup Nazi” was realized as a self-important chef who barks commands and requires his patrons to order with an obscenely strict formula.

After the show initially aired, Jerry Seinfeld, staff writer Spike Feresten, and a few members of the crew went back to Soup Kitchen International for lunch. The lore is that Yeganeh became irate and demanded an apology from Seinfeld, claiming that he had ruined his business, despite the evidence to the contrary. Ever since the show aired, there was a massive influx of patrons eager to experience all “The Soup Nazi” had to offer. Taken aback by Yaganeh’s demand, Jerry Seinfeld delivered what onlookers called as “the most insincere, sarcastic apology ever given.” Immediately following, Yeganeh ejected the Seinfeld crew from the premises screaming, “No soup for you!”

Yeganeh’s original Soup Kitchen International closed down in 2004. Shortly afterward, Yeganeh released a new franchise he dubbed “The Original Soup Man” with locations throughout New York. The chain of restaurants were so successful that they eventually branched out to numerous states across the country.

Despite the success of the Original Soup Man franchise, Yeganeh is quite sensitive about the way his business is depicted and what his employees can and cannot say. Yeganeh has forbade the use of the word “Nazi” by any employees or in any marketing whatsoever. He’s also stipulates that no employees will reference the show or the Soup Nazi character while in the restaurant.

As for the soup itself, the quality of the product seems to have suffered over the years, as is often the case with anything that goes franchise. Yelp reviews for the Manhattan location currently weigh in a just 2 1/2 stars while the Hell’s Kitchen location ranks markedly higher. Alas, the reviews are chock-full of Seinfeld references, evidence of just how indelible a mark the character has made upon our culture.

Yeganeh isn’t the only person who’s prospered from their connection to the famed Seinfeld character. Larry Thomas, the actor who played the Soup Nazi, has made quite a name for himself by appearing publicly, and can even be found on the Comic-Con convention circuit where you can get your items signed and autographed with the saying, “No soup for you!”