No not food from South Korea, rather that nice intersection between regional dishes from the good ol’ South and Korean cuisine. Believe it or not, there’s a certain down-homey vibe found in both food cultures. And did you know Koreans also eat rice grits? They even came about the same way. Poorer people grabbed the run off from the rice mills and cooked that up with a little water and fat and yes, the rest is history. Kimchi with fried shrimp on fluffy, creamy rice grits anyone? Or how about a little Korean barbeque with some skillet fried cornbread, sounds good? 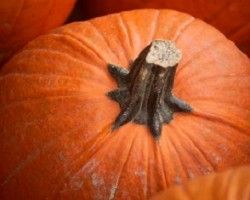 Have you noticed earthier flavors are kind of a thing right now? Figs, dates, pumpkin, tamarind and now even dragon fruit is getting some serious attention. They’re all great and all of them can go sweet as well as savory but for some reason pumpkin just grows on you. It’s a nostalgic flavor too that just tastes like fall. We haven’t had enough so bring it on! Here’s to pumpkin bread, pumpkin smoothies and pumpkin in that great fall roast you’ve got in the oven! 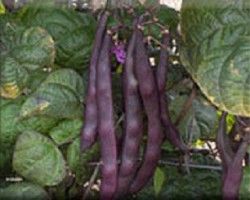 Sure your local farmers market might be overflowing with many a-color of beautiful produce but did you know “the United Nations has estimated that 75 percent of the world’s crop diversity vanished from 1900 to 2000 (source).”

Just think about it, how many tastes, textures and nutritional benefits have been lost in just a hundred years? Even if you don’t care about preserving crop diversity, you might be surprised just how delicious some of these grains and beans are. The Carolina Gold rice, brought back to market by Anson Mills in the late 90s is one example and it’s reintroduction to the Carolinas has made it possible to cook those handed-down recipes with the products for which they were intended.

Check out these beautiful Blue Coco Beans. What is now an extremely rare bean variety, was once popular in France as early as 1775. These stunning purple/blue pods can be harvested young and eaten raw or blanches like snap peas. They have a meaty texture when dried. The dazzling Yellow Eye Beans (in pic above) are said to be dense, creamy and delicious and a great substitute for Navy Beans and Great Northerns. 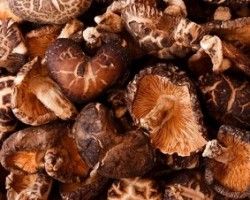 Sure I know everyone is going to disagree with me here but aren’t we becoming a bit too dependent on pork as the source of all things smoky, salty and umami? Can’t we turn to other products like stilton cheese, black garlic, nori, miso, katsuibushi, mushrooms, truffles and avocado just to name a few?

Ever notice how North American centered pot-roasts tend to be? Say roast and most American cooks will instantly think of beef, potatoes, and carrots. Some might go as far as to throw a few plums or orange peels in theirs but for the most part a roast is a roast. Well why not make Matamba, the super flavorful Argentine roast or how about Greek pot roast–see this!