A few days ago, I spoke with Chef Martin Gilligan about how chefs arrange the food on the plate i.e. plating and food presentation. When it comes to the culinary arts, food plating is something lots of people want to know about. Not surprisingly, our Principle Academic Advisor had lots of great information to share with me and you, so here it is in a nutshell.

Me: I’m definitely one to notice a nicely plated dish but how important is food presentation nowadays?

Gilligan: Well, food presentation and balance is incredibly important with regards to what diners are looking for. With so many average Americans watching the Food Network each week, what they’re seeing is food from a visual standpoint all the time. Now if you want to say it’s the most important thing nowadays, I’d have to disagree with you. The flavor factor is the most important. After that it’s presentation. Lots of chefs, including me, use this acronym to remember. It’s called BUFF which stands for balance, unity, focal point and flow.

Me: Wow.  Okay.  So BUFF.  Could you break that down a little bit more for me?

Gilligan: So let’s start off with balance.  When you think about balance, you think about balance in two ways; either you have symmetrical balance, or you have an asymmetrical balance.  The symmetrical balance would be if you had a triangle and you had a line above the triangle that the line above the triangle would actually have the same weight on one side as it does on the other.  What this means is if you’re looking at a dish, everything that’s happening on one side of the plate should be balanced or a mirror image of everything that’s happening on the other side of the plate.  Another way this happens sometimes is you have a round plate where everything is round and everything is presented as one component following another all the way around the outside of plate, this would be called symmetrical. This is very classic kind of presentation. 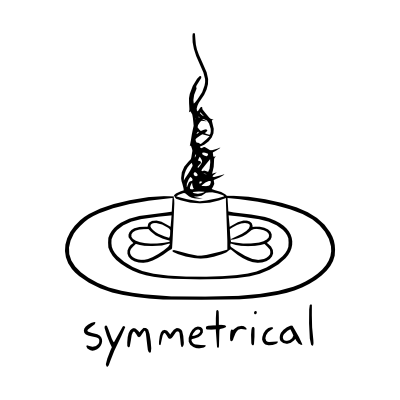 Me: So that isn’t ringing too many bells for me. Is asymmetrical the more popular kind of presentation today?

Gilligan: The more modern or contemporary approach to plating dishes would be more of the asymmetrical presentation.  Asymmetry, if you’re looking at it in a technical standpoint, would be that the triangle is not quite in the middle of the balance scale.  Literally it’s moved over to one side, or moved over to the other. In this presentation you can have a large quantity of one item on one side and multiple small components of other items located on the other side of the plate.

Now, if you want to look at that in a food perspective, we can talk about the dish I had at Charlie Trotter’s the other night. It was braised beef short ribs with a parsnip puree, sugar snap peas and it had crispy tobacco onions on it. Now obviously the braised beef short ribs were the focal point. It took Chef Charlie Trotter and his staff literally eight hours to prepare these beautiful sauced, wonderful short ribs. They presented them with the two bones standing, sliced beautifully on top of a bed of parsnip puree, with three sugar snap peas at the top left hand side of the plate. Then, for flow, the sauce followed its way around to the crispy tobacco onions which were set on top of the short ribs.  It was absolutely, amazingly stunning to look at.  The aroma just hit my nose immediately, as soon as it was placed down, I immediately sat up, tall in my chair, and you know, so my focal point was obviously on the short ribs, with the bone sticking up, you know, and then my eyes immediately went to the parsnip puree, which was the bed underneath, which was nestling the short ribs above.

Gilligan: The sugar snap peas at the top left hand side of the plate took my eyes back up to the top.  The sauce coming around, whooping around the bottom of the plate, brought my eyes all the way back to where the crispy fried tobacco onions were sitting just off to the left of the short ribs, which made the focal point on that plate the short ribs, but the overall presentation being spectacular.

Me: So that’s focal point and flow, what about unity? 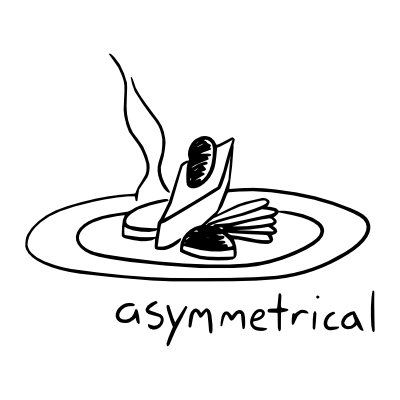 Gilligan (cont): Now, in a restaurant, the focal point will most often be the most valuable item on the plate.  For example, the filet mignon, which costs the house the most money to present on the plate, and which the guest deems most valuable is the one that should be the focal point or the one that the eye should catch first, all right?  And as you go around, you see so that it adds to the price value relationship.

Me: Hmmm… I guess how I getting a plate with the string beans as the focal point and the filet pushed off to the lower left of the plate might make me feel like I’m somehow getting less than what I expected.

Gilligan: Going back to Charlie Trotter’s braised short ribs, when you’re working out that the flow on a particular plate, you want to look at the plate from a three dimensional perspective, your eye should be able to flow across all the components, and therefore appreciate them first as a whole, and then more individually if you look more closely.

There should be a movement on the plate, not a static laying down … but kind of a movement.

Me: Right. One thing leads to the other.  You look at it first and it’s this beautiful, harmonic whole, right, and then you look again and it leads from one thing to another.  And the focal point, the very first thing you look at, is probably going to be the protein or the most expensive item on the plate.

Gilligan: Yes, I’d like to emphasize that the white space on a plate is something that adds to the overall plate, so things should not be overcrowded.  There was one thing that one of my instructors told me when I was younger. I was doing the sprinkling thing on the rim of the plate and he told me “An artist does not paint on the frame!” So that’s something that completely out now, it’s so passé now, nothing is going on the rim of the plate.

Me: Right. Isn’t white still the best color since it’s great for presentation of the food?

Gilligan: Yes, it actually brings out. The simple white keeps the focus on the food itself.

Me: And the word on garnishes?

Gilligan: The garnishes that are on any dish should radiate off the main component without a lot of separation. This allows for the plate to have balance and for the garnish to be functional in the dish.

Me: Garnishes should be functional?

Gilligan:Right. Non-functional garnishes are out. NFG is what we chefs call it nowadays.

Me: The sprig of parsley is gone.

Gilligan: Gone and hopefully it never comes back. If it’s on the plate it has to have function.  Functionality with regards to flavor.

Me: In the end it’s all about the dish.

Gilligan: Yup. Either it has a purpose, a flavor purpose and it’s integrated or it’s out.