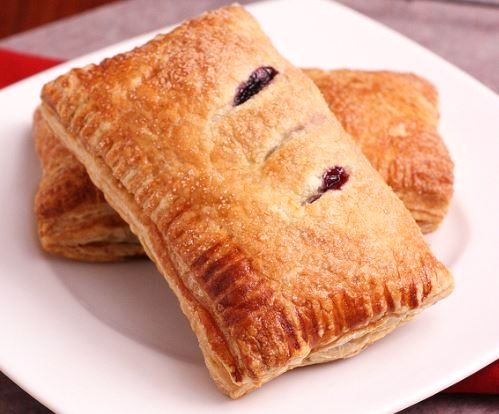 Rhubarb is in the midst of a genuine renaissance, one unseen since before WWII. This bright, assertive and most individualistic of vegetables is going beyond it’s purely-fruity status and fast becoming the star in savory and sweet dishes alike. Tart to the bone, rhubarb captivates your attention. It doesn’t want to simply be liked, it says, “I’m different and I won’t play nice like the others!” In this “ADD world” rhubarb provides the palate a nice jostling effect, forcing us into the present. And in this present, chefs are deviating from the norm, using rhubarb in a host of savory ways, serving it up with anything from pork chops to duck to branzino.

But first, let’s look at the history…
If you like your food history just as much as I do, you’ll probably get a kick out of this letter from Commissioner Lin Tse-Hsu to Queen Victoria in 1839. In his letter to the Queen, Commissioner Lin speaks of the beneficial things China supplies to England and her colonies saying, “Not to speak of our tea and rhubarb, things which your foreign countries could not exist a single day without.” Certainly, rhubarb is essential to the people, at least in Lin’s eyes. But to be fair, this quote does not demonstrate the English people’s demand for rhubarb as much the East’s assumption that everyone depends on it. The Russians most definitely did. Some hundred and twenty years earlier during a fierce border dispute with Russia, the Chinese finally got the upper hand when they refused to export rhubarb to the Russian whose medical trade depended on it. But even though rhubarb had long been lauded by the Chinese and Russians for thousands of years, during the 1830’s, the English had only recently stared going bananas for rhubarb.

Want to know why? Well, I’m going to tell you anyway.

It all comes down to one savvy farmer with the makings of an advertising wiz, an Englishman named Joseph Myatt.* During the 1830’s Myatt rebranded the variety of rhubarb grown on his farm, naming it “Victoria” in honor of the very popular, young Queen. It worked! Those who tried it, must of liked the tart, invigorating zing because it took off and soon enough, the United States was mad for rhubarb. What was to the Chinese and Russians, a medicinal plant and foodstuff became synonymous with dessert in in the form of pies, puddings, jams and jellies. Then WWII hits. Sugar becomes harder and harder to come by due to the war rations and rhubarb gets well, kind of forgotten about.

At least, until now.

I say the more rhubarb, the better so here’s one savory, one sweet and hold your horses! A cocktail. Let’s start with that one first!

Jean-Georges Vongerichten’s Rose Rhubarb cocktail sounded so sophisticatedly zany in a Julia Roberts, Helena Bonham Carter, Sheryl Sandberg kinda’ way, that I just had to give it a try. So here’s my version. Let call it…

Directions:
Combine rhubarb, sugar, orange zest and 2 cups water in a medium saucepan. Bring ingredients to a boil over medium-high heat, stirring occasionally, until rhubarb is slightly broken down, approximately 10 minutes. While that’s going, pluck the mint from 2 sprigs of mint. Leave one for garnish.

Remove mixture from heat. Wait one minute. Let sit for one minute and then strain (a metal sieve is best). Mixture should be syrupy, if not, return to heat and reduce. Cover and refrigerate until cool.

2. Allow lamb to warm up to room temperature.

4. In a sauté pan, heat 1 teaspoon olive oil on medium high heat (until shimmering) and cook ginger and shallot until translucent. Turn frequently to prevent browning.

5. In a saucepan, add rhubarb, sugar, balsamic and orange zest. Cook until tender. Remove from heat.

6. Line baking sheet with foil. Place lamb, rib-side down and cook in the center of the oven until instant-read thermometer shows 130 for medium-rare or 140 for medium, approximately 20 to 30 minutes.

With these little pies, you can do the sweet tart thing without too much sugar.

If you’ve got a sweet tooth but are trying to be good, then you’ve got to try these little bad boys. Ripe (and I mean really ripe) bananas are full of natural sugar, meaning you’ll only have to add a little of the brown stuff and you’ll have the cutest little pies that are sure to be a hit. Bear in mind, using ice-cold water is very important for that dough to come out the right way. A tip: make a glass of ice water and place it in the fridge so it’s ready when you need it. You can drink the rest once that dough is done!

For Pastry Dough: >
In a large bowl, combine All-Purpose flour, salt and remaining 1/4 cup sugar in a large bowl. Add butter by slicing in pieces at a time. Add shortening. Blend on pulse in pastry blender or food processor (mixture will look like small peas). Add remaining orange zest. Drizzle with orange juice and ice-cold water. To combine, stir with a fork (it will be dry). With your hands, knead mixture lightly and shape into a disk, then divide in half.

To Assemble:
Line baking sheets with parchment paper. Roll half of dough to 1/8-inch thickness on well-floured surface (do not overall). Cover the remaining dough with plastic wrap. Cut and reroll scraps as needed (sparingly). Place half of the dough rounds 2 inches apart on baking sheets. Top with rounded teaspoonful of rhubarb-banana mixture. Dampen edges of dough with water and top with the remaining dough rounds. Squeeze edges lightly to seal, and then crimp the edges of each pie with a fork. With a small carving knife, cut small plus-shaped slits in the top of each pie, to allow for steam to escape while baking. Repeat with remaining dough and rhubarb-banana mixture until done.

Bake at 375° for 20 to 25 minutes or until lightly browned. Cool 10 minutes before serving. Can be enjoyed warm or at room temperature. These are heavenly when served along with a scoop of vanilla or fig ice cream. Store in an airtight container for up to 2 days or freeze in vacuum sealed bags for up to six months.

So why rhubarb? Well I think it’s different, inexpensive, readily available, has great color and that terrific tartness really does bring you right back, smack-dab into the present. That, in and of itself, can be a wonderful thing.

Well I hope y’all had fun! I know I sure did! I’m sipping that my Rosy Social right now! Throw it on some ice if you want to dress it down at that next potluck. You won’t be disappointed.

Until next time, Happy Eating!

More on Joseph Myatt and the history of rhubarb at
Newsweek