Blog   »   Watson Cooks: Will Computers Take Over our Kitchens? 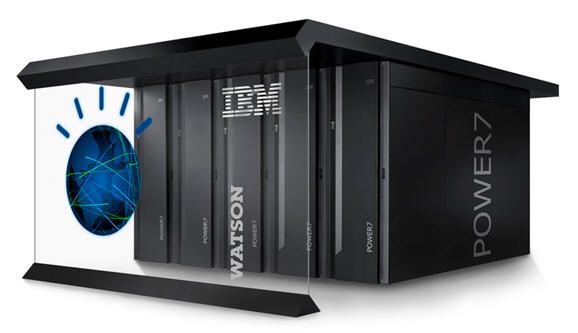 When it comes to making the best tasting lasagna, ever thought you’d be competing with a computer? Alas, that day may be closer than you think. Watson, yes that very same Jeopardy-playing, artificially intelligent computer developed by IBM, has a penchant for creating new and rather interesting recipes. Well using the word “penchant” may be stretching it a bit now since it’s hardly likely Watson likes or dislikes anything at all. Nevertheless when given a few ingredients and cuisine specifications like “dessert,” “stir-fry,” or “burrito” Watson will compute your ingredients, source what you mean by “stir-fry” via cloud-based computing then run through millions of options. After that, it then concerns itself with taste. How? In a way we cooks can only dream of. Although Watson can’t taste, it can draw on chemistry to isolate the flavor compounds that humans find pleasant. “Though Watson can’t taste the recipes it churns out, it has an understanding of the chemistry behind taste. It understands what we humans enjoy and why,” says Steven Abrams, engineer with the Watson Group. So after Watson calculates what could be made for dinner, it can then limit the findings to what’s most likely to taste good for dinner. Long story short, Watson is a smart enough cook to know certain flavor combinations will arrive at a pleasant i.e. desired effect. It then tries to replicate this desired effect by asking: “What are the key flavor compounds that give them (humans) those pleasant sensations?” After that, says Abrams, “You can make predictions about what’s going to be pleasant, what’s going to be sweet and spicy and salty and savory.”

Does that sound, believe it or not, kind of like something you do when you’re trying to come up with a truly scrumptious dish? I know I go through similar processes, running through the five tastes in my mind while rummaging through my larder and fridge. What tends to get in the way of my creativity at such times are my assumptions about food. For instance, mustard powder might be legendary in that cobbler but am I going to try it? Probably not. Nor will I be adding black beans to my cupcakes but Watson isn’t hindered by experience, associations and emotions.

The results? Watson emailed back three recipes for ground turkey and one for “Mexican Green Pea Pancakes.” Sydell prepared one of the ground turkey recipes, a taco recipe and decided to make the aforementioned Mexican pancakes. Sydell and her designated “taster” were surprised by one of the ingredients included in Watson’s ground turkey recipe–grated citrus peel. But, I ask, is grated citrus peel really so surprising? Alas, both recipes came out at better than palatable. But were they revolutionary? Probably not.

Another if Watson’s forays into recipe creation, this time with James Briscione, a director of culinary development, proved to yield more fruitful results. “Vietnamese Apple Kebab” takes five different ingredients, all who have a particular flavor compound, gamma-Dodecalactone, and pairs them together. The result is said to be “a hit” and what he calls “a fascinating match.”

Listen to the segment yourself and the laissez faire manner in which the story is relayed and, like me, you can lull yourself into believing Watson is not taking over the kitchen. Alas, don’t be so sure! Watson is capable of generating thousands upon thousands of recipes and telling us what compounds are bound to hit all the right notes. How long would it take the average chef to come up with these recipes? Years. Thanks to his raw computing power alone, we won’t be able to beat Watson so we might as well join him. Let’s let him show us how to unhinge our notions about food and flavor and together we can explore the almost limitless possibilities. He’d better lay off telling me how to make my lasagna though.