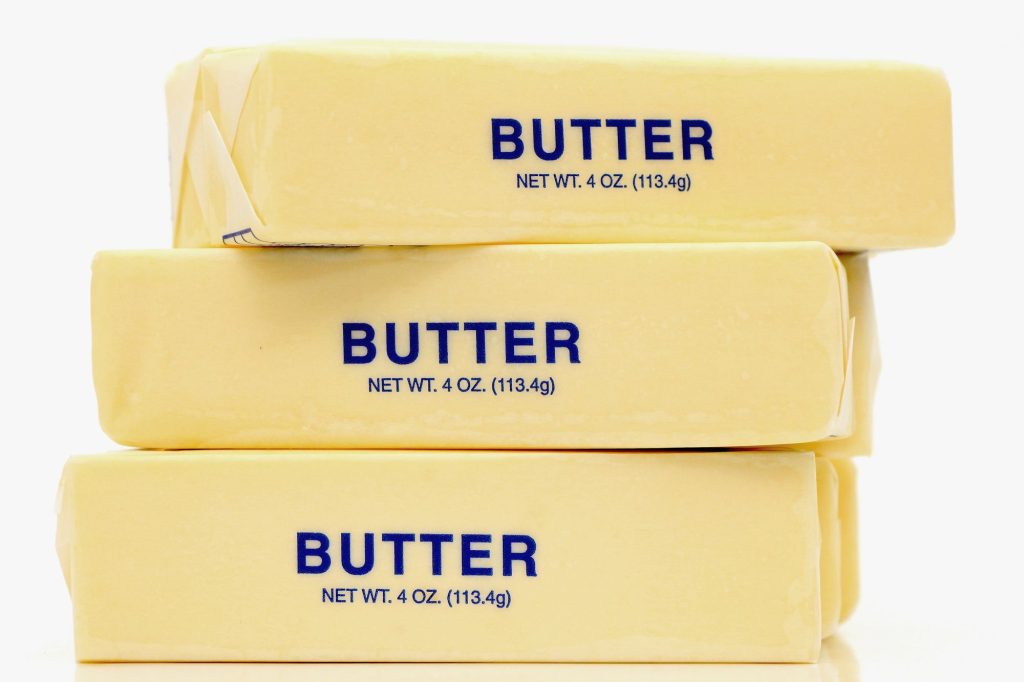 Butter was so precious to the Norsemen that they were buried with large tubs full of the stuff to take with them into the afterlife. However, we do know Europeans referred to the invading Vikings as “butter eaters.”

Nevertheless, the taste for butter caught on. By the 12th century, Scandinavian butter was a hot commodity and article of oversee commerce.

We do not know who were the first peoples to produce butter. The Vikings loved it and so did the people of the Orient. The earliest record of making butter comes down to us from the Syrians and Arabs. In their tradition, cream was poured into a goatskin, then suspended and swung as a method of churning.

In Ireland, one of the most common archeological finds are barrels of butter buried in bogs. Apparently, the butter was stored this way to preserve it and keep it safe from thieves. Similar buried barrels full of butter have been found in Scotland, Finland and Iceland.

In California during the 1880s, sub-par butter was being passed off as butter from a well-known dairy. To protect their business, the dairy started stamping their butter, trademarking it to combat the counterfeiters. Nevertheless, there continued to be the problem of counterfeit butter and adulterated butter, meaning butter which was not pure but rather combined with animal fats and/or various oils. A March 1906 issue of Nature addresses the problem afflicting Europe, England and the United States and calls for a departmental committee to “stop the adulteration” to enact that “no substance shall be sold as butter if it contains less than 80 percent of butter fat” and for “the Government of each butter-exporting country to adopt some system modeled on the Netherlands’ ‘control’ plan of combined inspection and analysis, and to furnish an official voucher of purity, without which the butter would not be admitted.”*

In the 1940s many a fortune was made by the “butter and egg men” traders on the New York Mercantile Exchange who set the nation’s prices for butter and eggs. Many of these driven men were newly immigrated to the U.S. and though they made fortunes, were snubbed by high society. Alas, it did not last. By the 1960s, farms were selling their eggs and butter directly to supermarket chains and the need for butter and egg men became a thing of the past.

In 2013, Americans spent $2 billion on products from butter manufacturers. Although this was an upswing from previous years, that figure paled in comparison to what people were spending during the roaring twenties “when Americans would have 18 pounds, or about 72 sticks a year.” ** 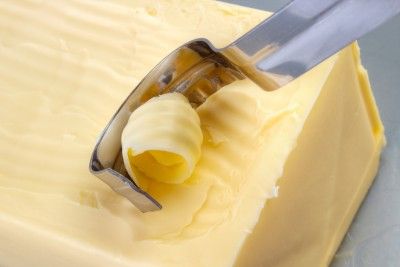 Other Fun Facts about Butter