Blog   »   The Difference Between Macaron and Macaroon Explained 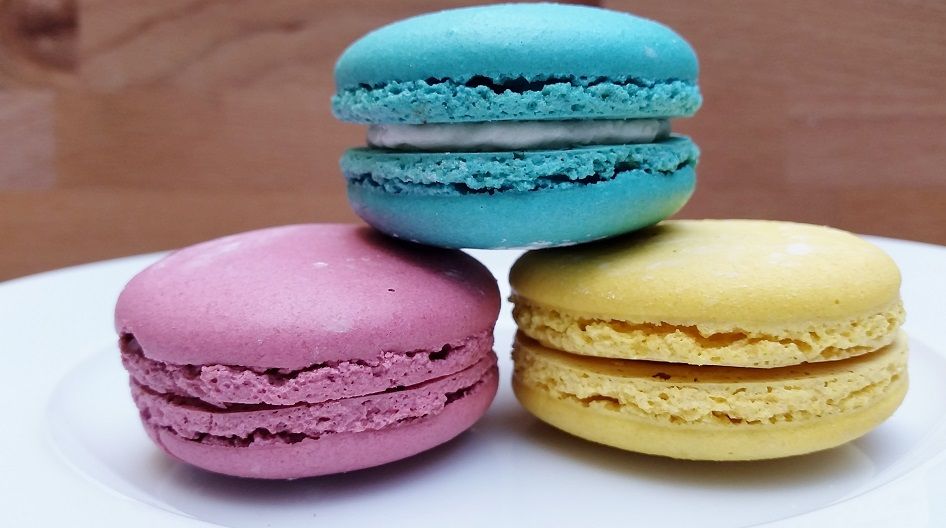 For those of us afflicted with a sweet tooth there are nearly countless sources of culinary delights but one delight in particular, the macaron, has been getting plenty of attention lately. This has prompted me revisit the debate: Is it macaron or macaroon?

The common misconception is that the words “macaron” and “macaroon” are interchangeable, that they’re synonyms or that “macaron” is how the French say macaroon. So, Francophiles say “macaron” much in the same way they say croissant (cwa-son) while the rest of us say macaroon with an “n” at the end.

What we’re really talking about are two different confections with different sources that have become linguistically linked over time. The macaron is a very specific type of meringue-based cookie made from egg whites, almond flour, granulated and powdered sugar. It’s then filled with ganache, buttercream, or fruit curd. This cookie has a light, almost non-existent interior and a crunchy exterior. To make things even more confusing this treat is commonly referred to as the “French Macaroon.”

On the opposite side of the isle, “macaroon” is a name for a numerous array of small, sweet desserts and treats that are found throughout Europe, the Mediterranean, and Northern Africa. In the United States, the most  common use of macaroon refers to the dense coconut treat made from egg whites, dried coconut, and sugar.

It seems that the names for both of these sweets derived from the root word “ammaccare,” an Italian word that means “to crush.” But that’s about where the similarities end. The two foods have completely different origins and places within the culinary pantheon.

According to culinary lore, the macaron was created in Italy in 1533 by the chef for Catherine de Medici. She brought it to France when she married King Henry II. It took off there, becoming a treat at court and the various salons and entered the mainstream sometime after that. The sandwich and filling form is relatively new,  a later French rendition of the original cookie.

So then, when did the macaroon come onto the scene? Depending on what historical rhetoric you subscribe to there might be a few different scenarios. Some believe that European Jews introduced it as a Passover food. Another popular history is that the Scottish created it. And the third possibility is that the Americans created it in the 1800’s. Unfortunately for clarity’s sake, there’s ample evidence supporting all of these options. Therefore, the true origin of the macaroon remains a mystery.

So how can we clear things up? How can we give each, distinctive treat the respect it deserves? As is and has forever been the case with food, the French are who we can look to for an answer. Alas, in France the macaroon i.e. that dense, sweet coconut treat has a completely different name—the conglais!